It's been a while since I shared a recipe, this one was a huge hut with the hubbs! He was a little annoyed at the fact that I made him stop at Whole Foods to get the sausage since we'd just left Homeland. I told him it'd be worth it and I hate to say it but I told ya so!!

Whole Foods makes their own sausage fresh, I kindly asked the girl behind the counter to remove it from the casings so I could crumble cook it in a skillet. (b/c who wants to do that in their kitchen, gross)

I found the recipe via Pinterest from the Reluctant Entertainer but made a few changes. 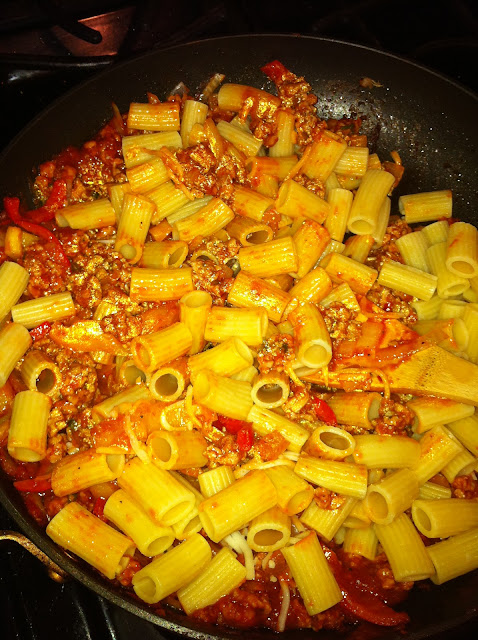 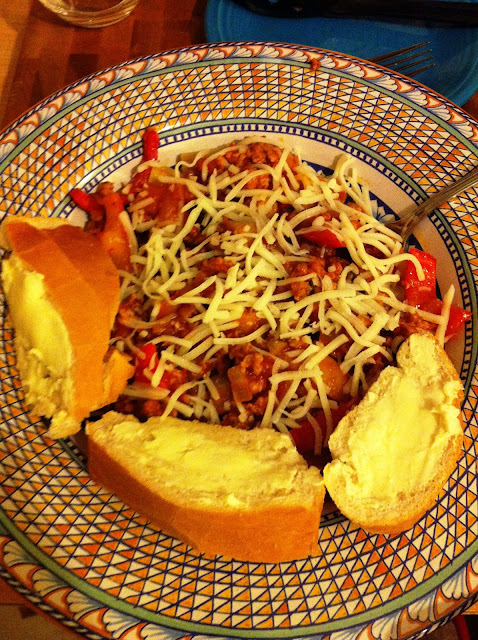