I always call pictures pixies - not sure why but now you know!
We helped host a couples shower for some good friends last weekend. Everyone had a great time and the guests of honor received a lot of awesome gifts!

I made this cute banner, directions from Martha Stewart here. 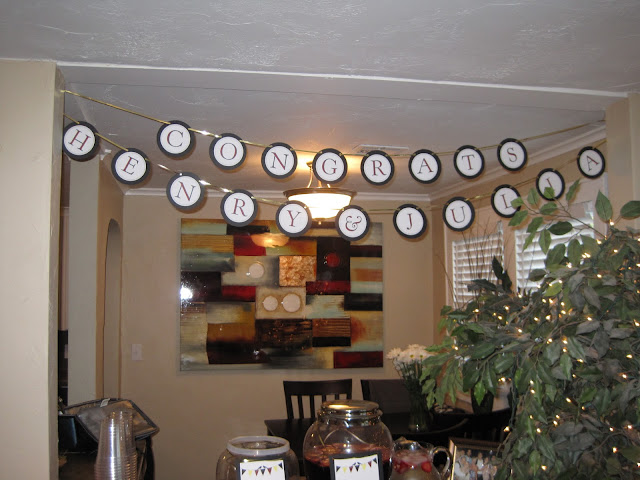 I also made these cute drink signs for the bar area! Got the free download here and played with it until it said what I needed it to! 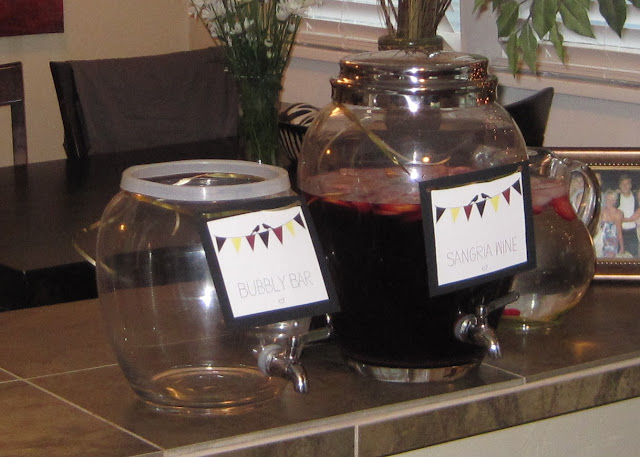 ﻿
Dave and I made Poms for the first time, they didn't turn out nearly as cute as Lindsey's but they were still a nice decor addition. 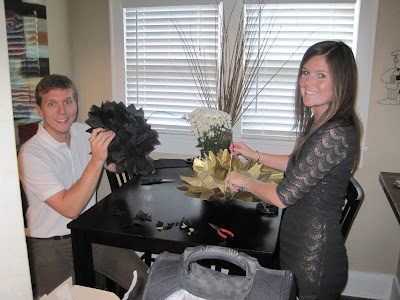 Dave really did help! I have proof! :) 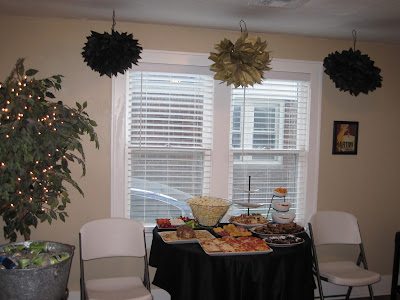 I had planned on making a few more, but ran out of time.. also why Dave had to help.
But I think they turned out pretty cute, a lot of people were asking about them so I guess that's a good sign! 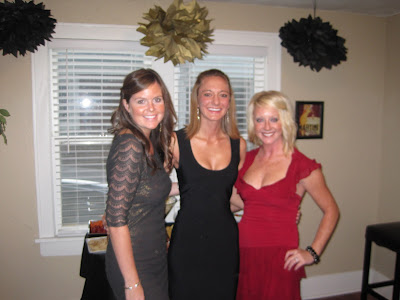 Me with the Bride and Ashley (other hostess) 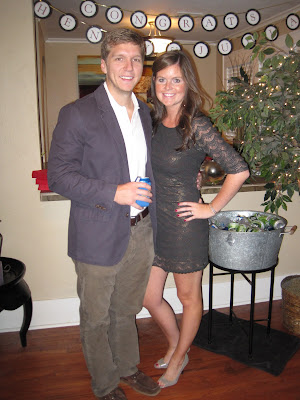 We played a game where the bride and groom had to answer questions.
Who is more likely to make them late to dinner? 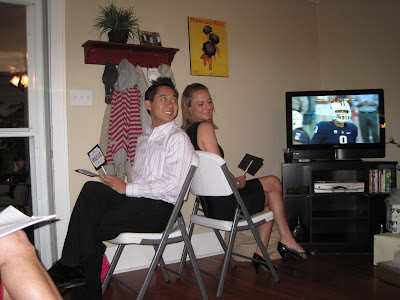 Who's ipod is more embarrassing?
Who will mow the yard?
Who said I love you first? 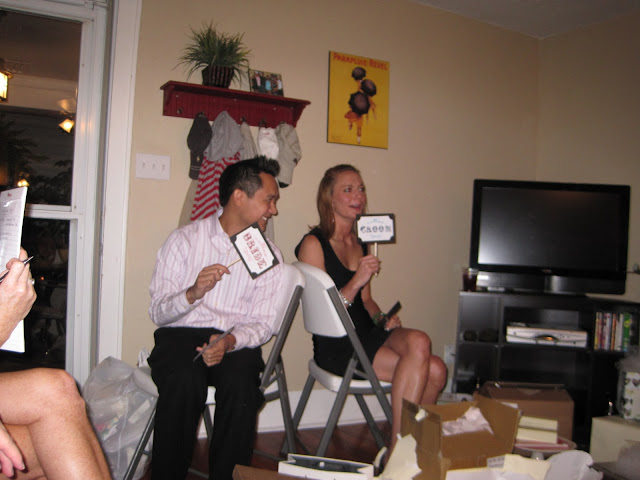 It was fun! And of course they got lots of good prezzies! (pixies and prezzies, both good words) 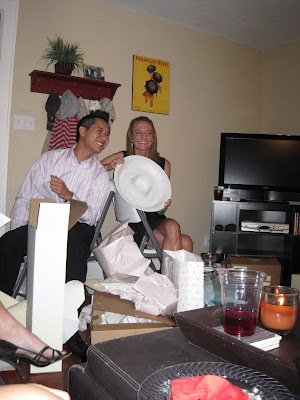 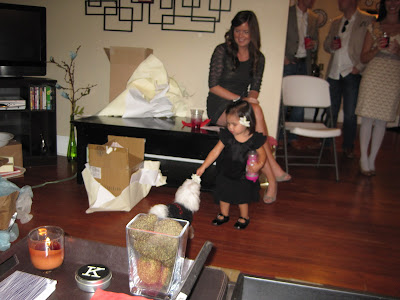 Their cute flower girl was collecting the flowers off the PB gifts and giving them to everyone, including Ellie!
So cute! 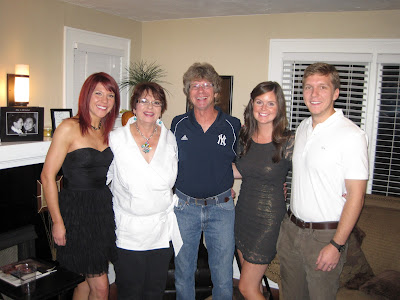 With Dave's family, don't you love Rex's "cocktail attire" haha! He said he was going to wear his hawaiian shirt but he remembered the Yanks were playing so he had to show his support! What a silly guy! 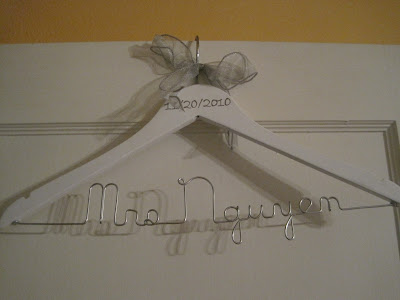 I also gave the bride her Personal Shower gift since I can't make it.
Isn't this the cutest thing? I ordered it from Etsy here. 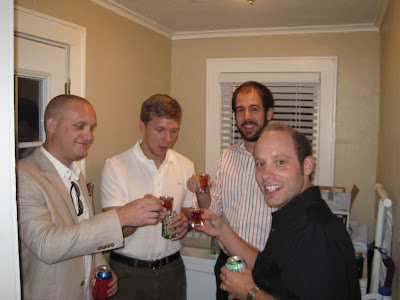 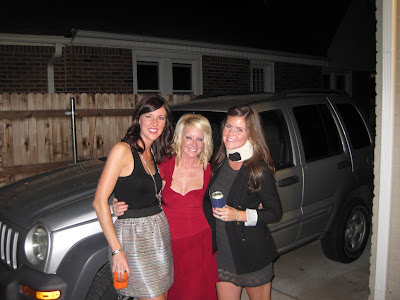 Poor Ashley hurt her neck in a car wreck and has to wear a brace. I didn't want her to be the only one! Haha! I love how she dressed it up with a flower pin! 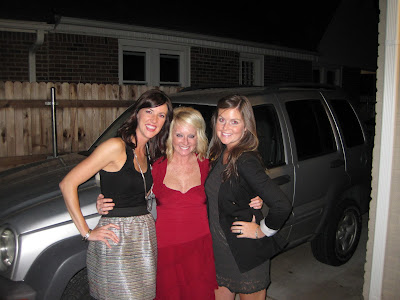 It was a great night! Afterwards we headed to the bar to see Hosty play the end of his show.
And posed with the giant Pumpkin, naturally. 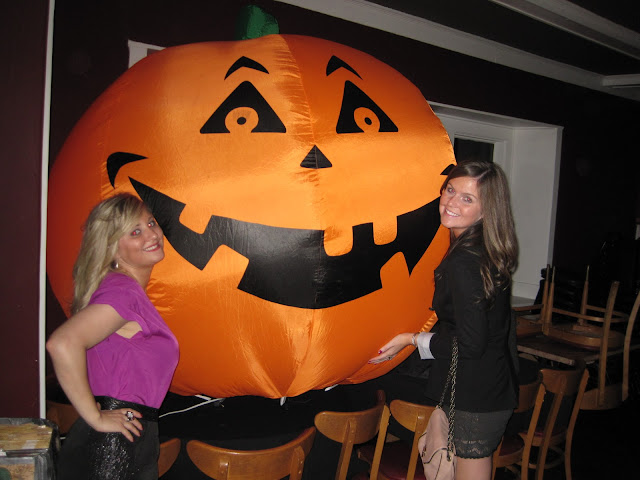 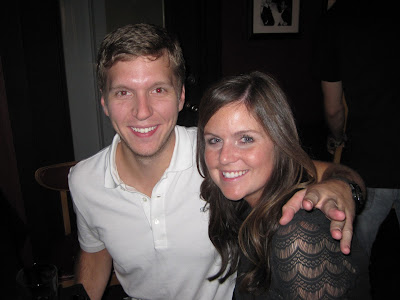 Really cute! You guys did a great job!

Such a cute party! And I LOVE your dress!

How fun! I love that it was cocktail attire. Your poms look great!

Cutest shower ever!! You are very talented (and your house is adorable!)

Hi! Thanks for stopping by my blog! Great job on the shower- it looked so fun! And I LOVE your dress- super cute!
-Aja

Love love love your dress! you MUST tell me where it's from!

I LOVE All of the decor!! You did a great job!

PS I just found your blog from Pink Sass. I love it :)