Cali by the Numbers

4 - (am) the time my alarm clock went off in order to get to the airport on time...
4 - (pm) the time we arrived in San Fran to get our rental van
3 - minutes it took to climb into the backseat over all the bags (slight exaggeration possible)
5 - (pm) the time we had our first sip of wine - we didn't waste any time, they're called priorities people 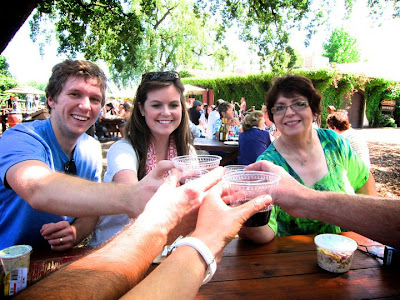 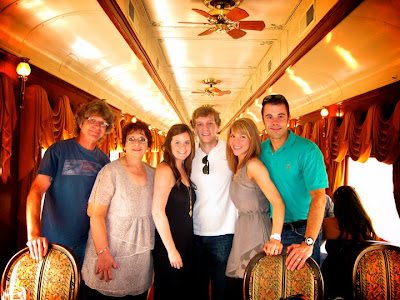 6 - number of Thunder shirts Rex wore on the trip
18 - number of people who commented on Thunder shirts
10 - (AM) the earliest wine tasting we attended
2 - the number of peacocks we saw trying to get some action
1 - statue animal we treated as though he was our dogs, "Bye Stuart! We'll be right back!" 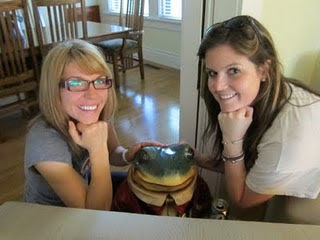 35 - bottles of wine were consumed (this is a rough estimate, it could have easily been 350)
3 - separate trips were made to get cupcakes in 1 week
1 - giant pour from the guy at The Franciscan at the end of the day which led to...
1 - hilarious game of Cranium with the whole fam!
1st - place Dave and I won in Cranium :)
5 - average number of wine tastes given at a tasting
4 - average number of wine tastings we did a day
65 - number of interesting photos that were taken at the end of each day... 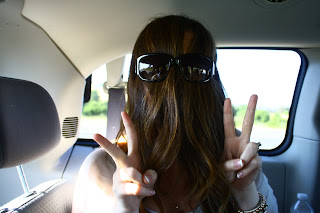 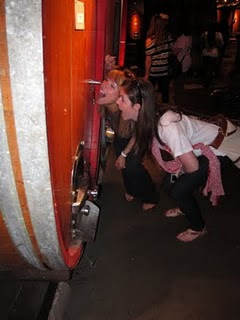 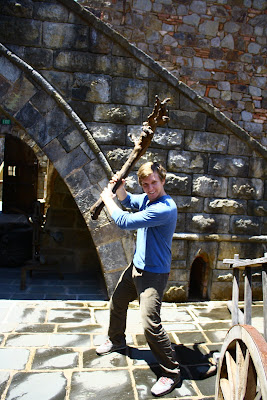 1 - tours of my Castle were given on the trip 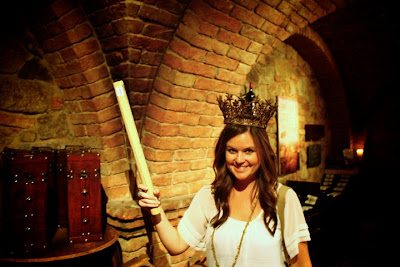 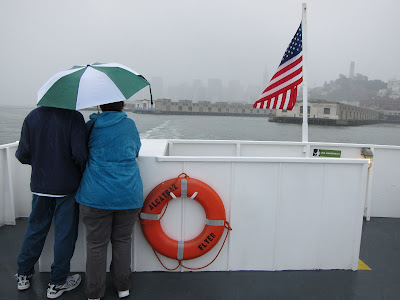 45 - calamari rings were consumed at Fisherman's Wharf
7 - times we thought about asking "You got monkey?" in Chinatown
2 - number of times our bus driver tried to sing over the PA
10 - dollars it takes to buy 1 beer at the Giants Stadium
1 - awesome picture of Opal taken at the Giants game 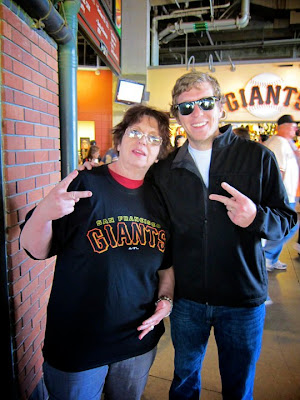 3 - pairs of awesome sunglasses were purchased in Haight Ashbury 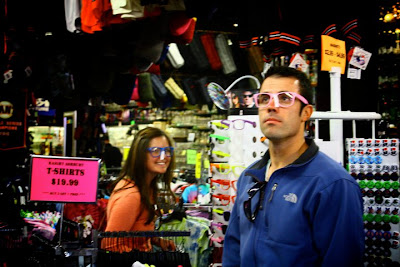 85 - approximately how many people were at the A's game with us
14 - number of children the nachos Dave and I shared could have fed
286 - times Kristin went to the bathroom, girl could start a public restroom review app a la George Costanza
495 - number of times "Balls" was said
992 - photos were taken 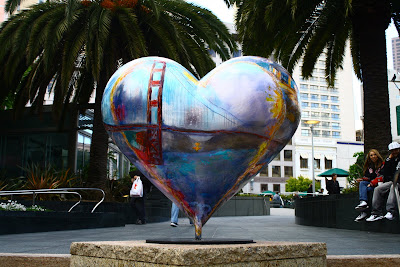 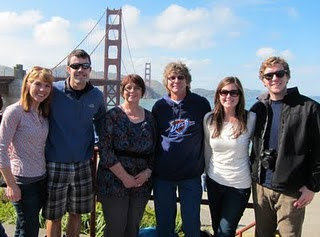 All the numbers add up to 1 Amazing Trip!!! Thanks SO much to Rex and Opal for everything, and Congrats to Dr. Kristin Mantell for finishing residency!!!

i love san fran, but we didn't do the wine trip. yum! there are some very entertaining homeless people in SF. we had a guy who would do head stands for very long minutes outside of our hotel, the St. Francis. and if you didn't give him money but did take his picture he would call you out. also, one night we went on a hunt for a bar and couldn't find it but walked blocks & up very steep hills. i was in heels. we took a cab for the rest of the trip.
looks like a fabulous trip!!

So fun! Sounds like the perfect trip. You and Dave should do a wine tasting at Forward Foods sometime! We go about once a month and love it. Cheese & Wine is always a good one, and my most recent favorite was Wine vs. Beer. :)

LOL love this post! Looks like a terrific time...makes me want to pour a glass of merlot right now!