Friday I got Shellacked for the first time! I'm quite impressed and nobody believes they are my real nails! Hopefully they last me through this weekend too, we'll see. I'm not sure they tested the shellac on a tennis players nails... 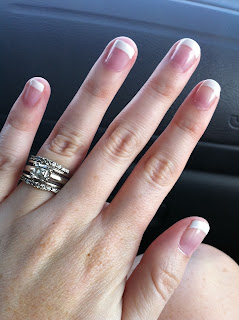 Friday night we had so much fun at the Kings of Leon with Dave's whole family! We pre-gamed with friends and my Dad beforehand. 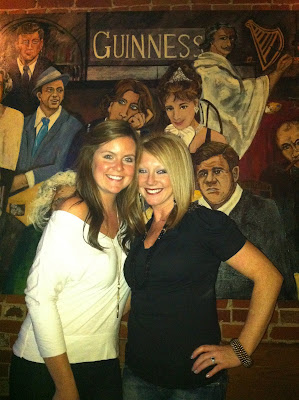 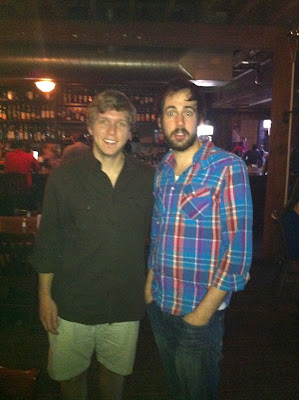 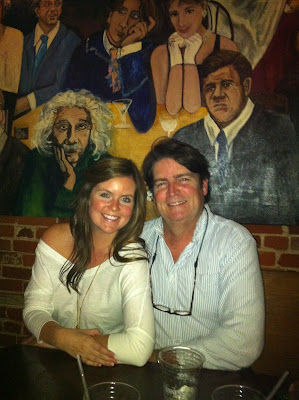 After the concert we ran into good friends, Patti and crew at The Max and I told Patti I was sick of slouching down in our pictures, so I picked her up! Evidence of having a great night... when you convince your bff to let her pick you up for a picture. :) 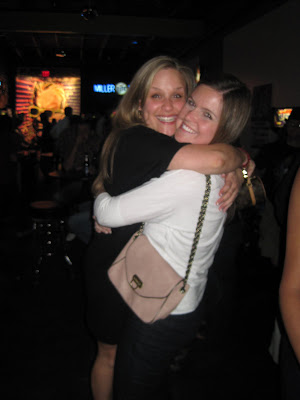 Saturday morning errr noon we met up with friends for brunch! Yummiest mimosa's and breakfast pizza ever at Leon's Brookside. 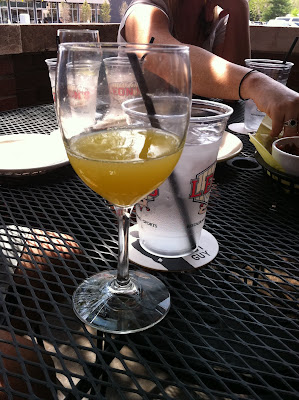 Saturday night we attended our good friends Chance and Rick's wedding and had THE best time!
The reception was held at The Cain's Ballroom, which is home to many a great concert, so when we walked in we found our table numbers by our concert tickets! Such a cute idea! (this is mainly for Katie b/c I know she loves all the details!) 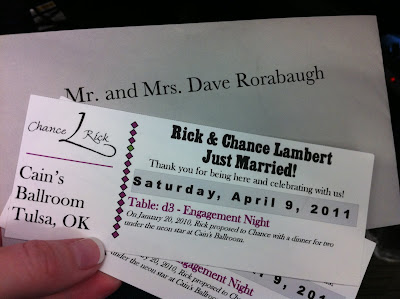 I absolutely loved their table decorations, so much so that chance let me take one home! she made those wooden frames herself! Love it! 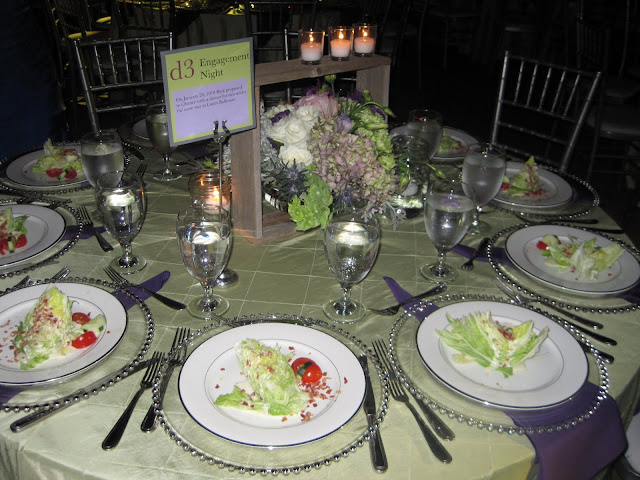 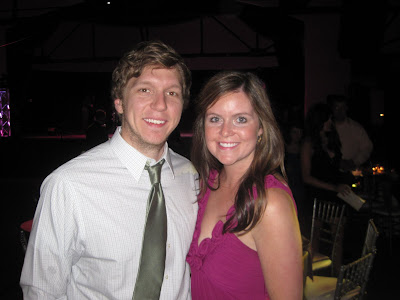 {we had a windy walk from the car... hence the windblown look} 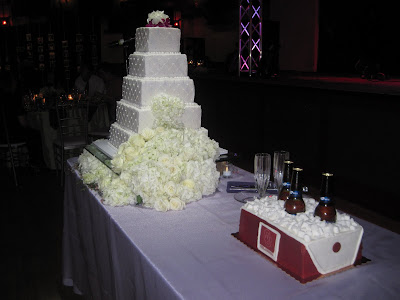 How awesome are the cakes? The grooms cake was an OU cooler full of beer! The ice was sugar cubes! Such a fun idea! 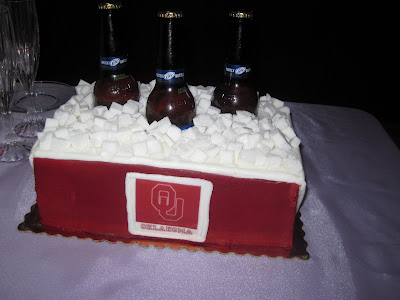 They served BedlamTini's in honor of their split household. Dave couldn't resist. 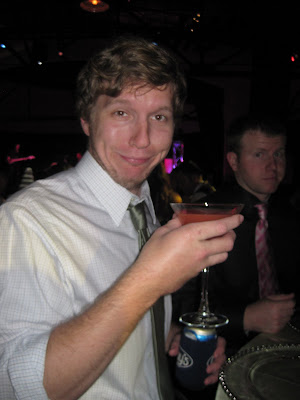 Taryn and I both had the same idea, Spring wedding? Pink!!! 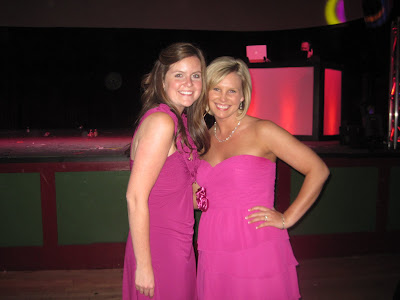 Andrea and I discovered we could both C-walk. 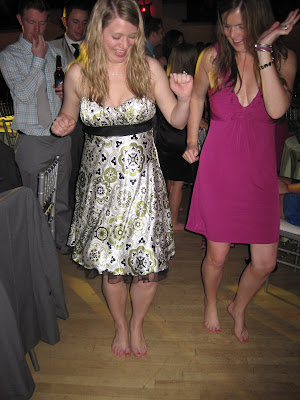 Then we picked up Patti again... (or she faked it by climbing on a chair we'll never tell) 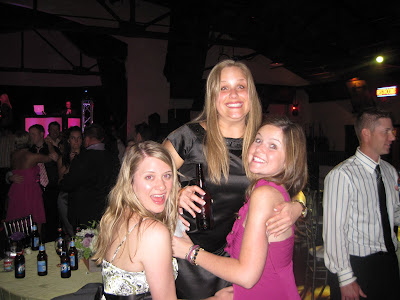 {I left these small for obvious reasons}
With the gorgeous bride! 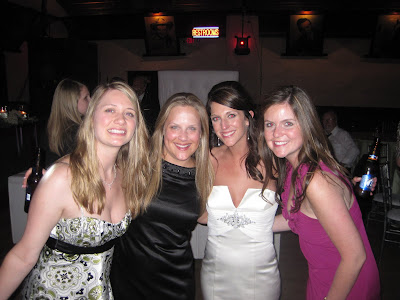 Nick came prepared, in case something went wrong with his groomsmen tux, he had a backup underneath! 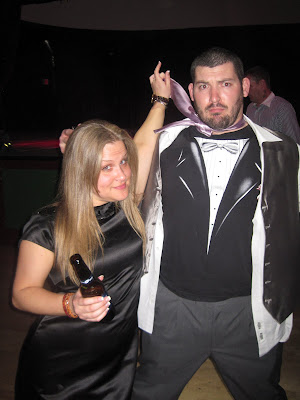 Having a goooood time! 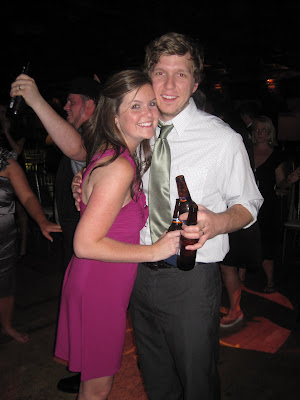 Dave and Taryn scored a pitcher of BedlamTini's! 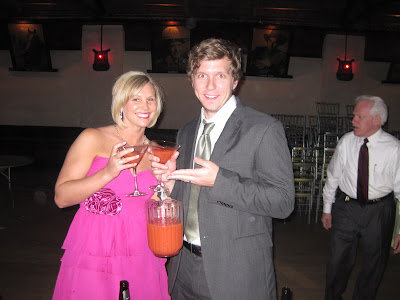 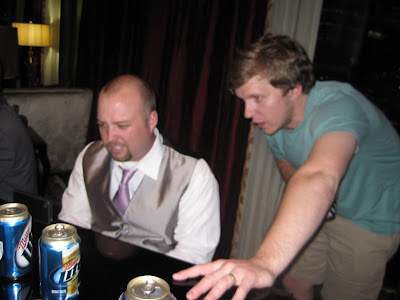 Sunday, we enjoyed another delicious brunch at Leon's with my family to celebrate my birthday! It was a super fantastical weekend! I hope you all had a blast as well!

cute pic of you and dad. hope you had a great b-day weekend, looks like it was fun! can't wait to see ya soon!

Lol!!! You know me so well!!! I love all of the wedding details, especially the tickets! So fun! I want to get shellacked! Your nails look great!

GREAT weekend. :) 2 things... I am glad you didn't throw your back out picking me up, and I look TERRIBLE in all those pics. I'm hacking off the hair. SOON.