Friday night we were sitting around trying to decide where to go for dinner. The whole no meat on Fridays is really throwing these plans for a loop. We finally decided on McNellie's - love me some irish food! We shared an appetizer and I got a cup of french onion soup for those who are interested.

Well so we're getting ready to go and want the dogs to come back inside. (They love it out there lately!)
Nigel comes in no problems there and Cooper's taking his sweet time, which is usually Nigel's M.O. So Dave got peeved and went out to look for the little guy, when low and behold he's in the neighbors yard! 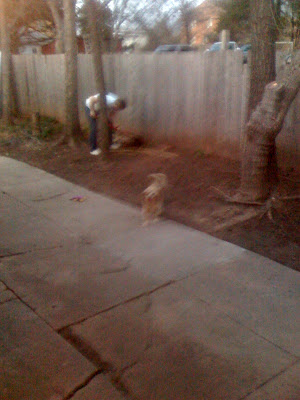 Little Cooper had managed to squeeze through a hole that's no bigger than my fist to get into their yard. I assume he was chasing a cat, and since it's his lifelong dream to capture a cat, I couldn't be too mad. Then, Dave informed me that neighbor has a HUGE dog. I'm talking one of those dogs that looks like a wolf! One that you normally only see in Colorado sitting in the passenger seat of a granola looking guy's jeep. Lucky for us, wolf/dog's owner had not let him out in the time Cooper had crawled under their fence.

So we got the treats and tried to entice Coop to come back through his little hole, but he was playing like he couldn't fit anymore. Dave had to get the shovel to dig him a bigger passage way. 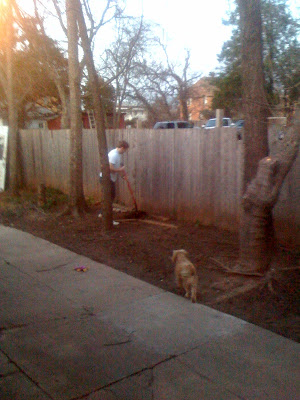 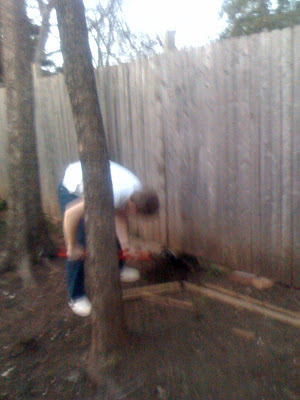 He finally managed to squeeze through! Sorry for all the blurry pics, these were action shots with the iphone, camera charger is officially lost. 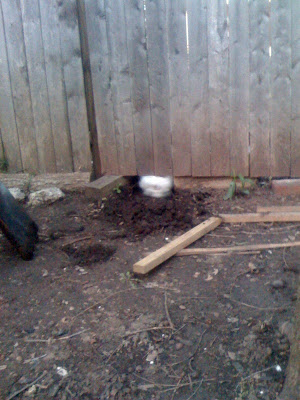 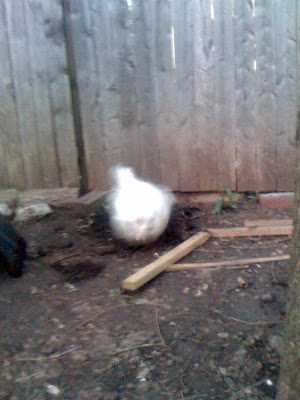 Dave was Not happy when I took this, he worries about the little guy. So sweet. 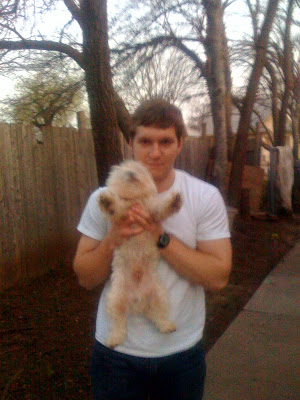 This is when Dave was having a serious talk with Cooper about the dangers of escaping into wolfdog's yard. 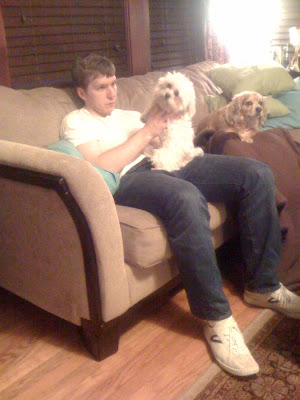 All Coop's thinking is "but I came home! Can I have some cheese now?"

Cooper, Stay away from Wolfdog! You scare Nana when you do that!

p.s. Coop-a-loop,you can have cheese when you come to see Nana!